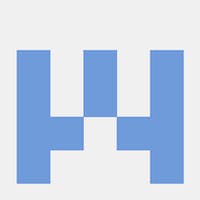 Subscribe to my newsletter and never miss my upcoming articles

Tailwind CSS is a low-level css framework which provides you hundred of classes to make styling easier. I have even written a full website without writing any custom css. Tailwind can do that. Lately, it is being used in many big projects and companies

Paste the above in your terminal/command prompt

To use npm inside a project, you need to initialize the project to use npm. So, to do that, paste the below in the command line

This will create the following file in the directory

This will create a folder called node_modules

We will be having two directories in our folder

So, to do that create these two using the following command

This will create the two directories and create are style.css file inside the src directory

Now, open the folder in your favourite code editor. My favourite is VS Code, and if you have it installed you can open the directory with the following command

Now, go to the style.css file inside your src folder and add the following:

These are just some basic tailwind css you need to import to get started.

Now, in you package.json file and remove the following line:

And add the following in place of it

Now, run the following in the terminal

Now, you would be able to see a styles.css file inside the public directory

Editing HTML to use tailwind

Now in the index.html file, add the following inside the head tag

Voilà, you are ready to use tailwind. To verify, just add the following in the body tag

If the size of all the three texts, is the same, then you're ready to start off. I would suggest going through the video below and the following videos of the playlist, of The Net Ninja. I learnt Tailwind CSS from his videos and personally love the way, he teaches it

You should also go through the Tailwind documentation for better understanding